Position Control in a Magnetic Bearing

This is an excerpt from "How Magnetic Bearings Work" document.

In order to achieve stable levitation of a rotor in an active magnetic bearing, the current in the electromagnet is continuously adjusted to keep the rotor in the desired position. This position is constantly measured using a position sensor, shown in Fig. 3, which passes information to a controller, which, in turn, adjusts the current (typically by applying some control voltage at the input of a power amplifier). The position sensor electronics, the controller and the power amplifier are all part of the Magnetic Bearing Controller (MBC).

An important advantage of the arrangement shown in Fig. 3 compared to Fig. 2 or any other type of magnetic bearing is that the current I can be adjusted so that the object deflection from the desired position would remain zero regardless of the value of the external force acting on the object (this can be done, however, only with static or slowly changing forces). In effect, this is equivalent to a spring as in Fig. 2 with an infinite positive stiffness. 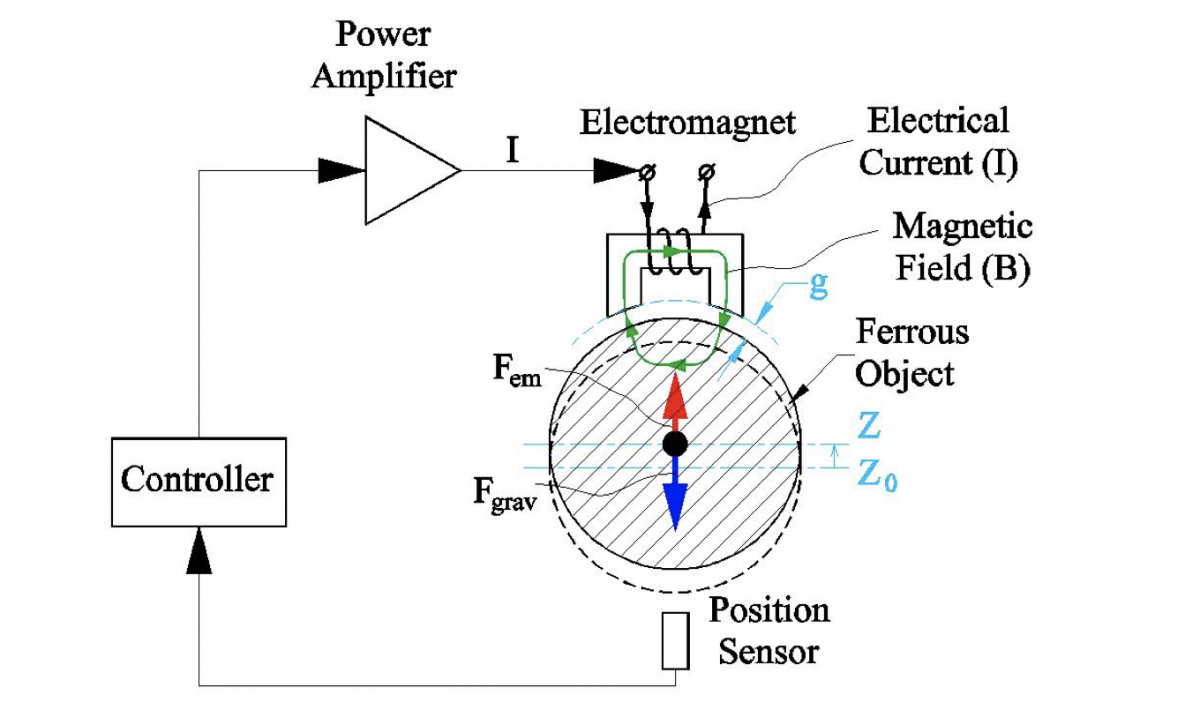