for Optimized System Efficiency and Enhanced Reliability and Sustainability

We have developed numerous magnetic bearing systems used in a wide variety of commercial systems, including high-efficiency blowers, high-speed compressors, Organic Rankine Cycle (ORC) systems and many more.  We have been able to reduce the costs associated with magnetic bearing integration by improving the manufacturing processes of our magnetic bearing components and further optimizing our controllers, which are a substantial percentage of the overall system cost.

Calnetix’s active magnetic bearings present unique advantages over conventional roller or fluid-film bearings when designing high-speed rotating machinery. Unlike conventional bearings, AMBs suspend the target rotor in a magnetic field. The result is a non-contact rotor support system with extremely low friction and no contact wear. Some of the benefits include:

Calnetix utilizes an adaptive synchronous force rejection algorithm to minimize vibration transferred from the rotor to the housing. Low transmitted vibration is important in high-precision applications related to food, medical and defense industries. The benefits of low vibration transmissibility include:​​​​​​

Calnetix’s active magnetic bearing product set up is easy, and it allows the user to monitor the health of the magnetic bearing system. Calnetix’s AMBs include a position sensor, a magnetic actuator and a microcontroller, making machine health monitoring and diagnostics readily accessible. With a connection to an external computer, identifying, analyzing and archiving the health and historical performance of the machine are all possible with advanced diagnostics. Health monitoring can be enhanced with the addition of Calnetix’s high frequency data capture hardware and interface.

Some of the health-monitoring features include: 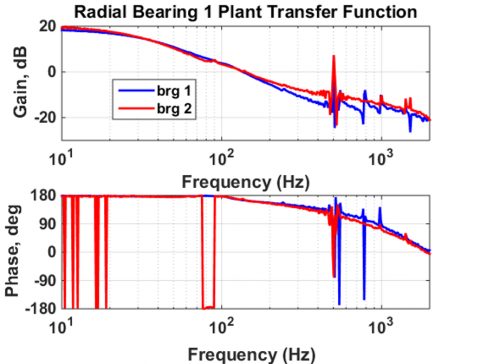 In most cases, Calnetix utilizes broad multidisciplinary in-house expertise to work with a customer to design an entire machine on magnetic bearings, rather than simply supplying magnetic bearing components. This achieves optimal performance of the machine as an integrated system and fully realizes the magnetic bearing system potential. Some of Calnetix’s competitive advantages include:

Calnetix developed a novel Graphical User Interface (GUI) to give both users and specialists an intuitive way to work with the inherent benefits of a magnetic bearing system. This GUI has been continuously refined and upgraded based on feedback from both internal and external customers. The GUI provides insight into all aspects of magnetic bearing and machine performance. It is the platform for system setup, monitoring and diagnostics: 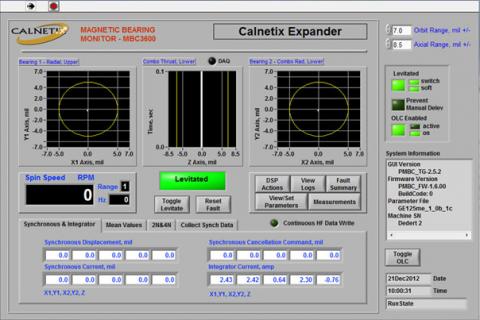 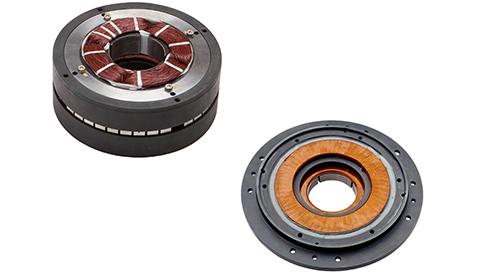 Magnetic bearings do not function on their own; they require multiple components working together as a unique system. Calnetix has designed and developed all of the components that make up the active magnetic bearing system, and these components are shown and described below.

The actuator in an Active Magnetic Bearing (AMB) is the electromagnet that applies a controlled force to the shaft of a machine to control its position. A radial actuator consists of a lamination stack with control coils and poles arranged to give two orthogonal axes of control. An arrangement of permanent magnets is also used in Calnetix actuators to produce a linearizing bias flux. Other AMB manufacturers produce the linearizing flux with a DC current in the control coil. Two other common actuator configurations are a combination radial/axial actuator and a stand-alone axial actuator.

An AMB actuator must be connected to a Magnetic Bearing Controller (MBC) that supplies the control current to the coils based on a position sensor feedback signal and a control algorithm. 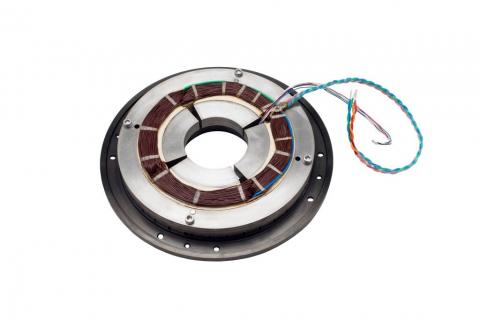 Position sensors are critical components of any Active Magnetic Bearing (AMB). Their role is to continuously provide the controller with accurate up-to-date information about the rotor position unaffected by the external factors, such as speed, temperature, dust, working fluids, external magnetic and electrical fields, etc. Even though significant progress has been made in developing self-sensing AMBs, wherein  the functions of the position measurement and the force generation are combined in one physical component, their fundamental performance limitations will likely limit their use to low-cost, low-speed machines. A conventional arrangement utilizing dedicated radial and axial sensors will remain dominant.

Different types of position sensors have different combinations of properties, making some of them more suitable for a given application than the others. However, in the industrial environment, it is typically preferable to have one technology that would cover as many applications as possible. From a wide variety of the available technologies, including optical, capacitive and electromagnetic position sensors, the latter appears to be the most universal solution. Calnetix utilizes four types of sensors, depending on the application specifics:

All sensors include the sensitive element (sensor head) located in the machine, where the displacement needs to be measured, and sensor electronics, typically located in the Magnetic Bearing Controller (MBC).

A speed sensor provides the AMB with information about the rotational speed and the angular position of the rotor needed for adjusting the control parameters as speed changes and enabling the rotor unbalance cancellation. Calnetix uses two types of dedicated speed sensors. Both sensors utilize a source of a DC magnetic field, a Hall-effect element measuring that field and a feature on the rotor, such as a notch modulating the field.

The most common backup bearing configuration used by Calnetix is two duplex pairs of angular contact ball bearings preloaded face-to-face (DF). This mounting requires the bearing outer races to be clamped – either hard or through a spring – on the outer race. Hybrid bearings with conventional SAE 52100 steel races and SiN3 balls are standard. Backup bearings for high-speed applications are usually cageless and use either a grease film, dry film lubricant or a light grease fill. 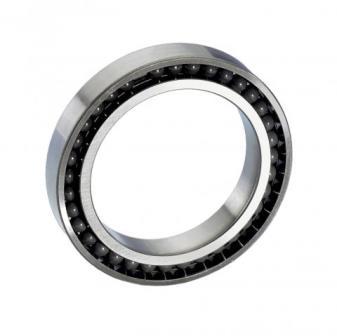 Calnetix Technologies has developed and deployed advanced Magnetic Bearing Controllers (MBCs) that contain all of the elements necessary to operate magnetic bearing systems.  The company currently produces two different MBC platforms in the Insight™ series and one in Concurrence™ series. 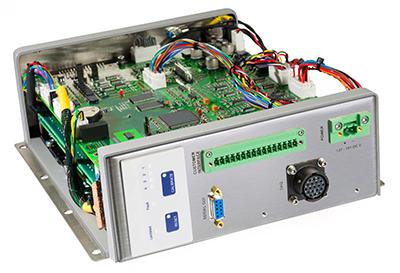 The Calnetix Service Graphical User Interface (GUI) is used for system setup, monitoring, diagnostics and system identification. The upper half of the front panel, shown below, displays orbit plots from the two radial bearing sensors and a time history plot from the axial bearing sensor. Other operating variables shown include spin speed, static current, and synchronous displacement and current. Status variables, such as levitation and fault status, are indicated as well. A system Information window on the right gives version information for the GUI, firmware, parameter file and machine serial number specifier.

Why Use Active Magnetic Bearings?

Active Magnetic Bearings (AMBs) have been in commercial rotating machinery for over 30 years, offering increased performance and extended machine lifespan due to frictionless operation and the lack of wearable parts. There has been an industry-wide increase in the production of magnetic bearing systems, which has led to overall cost reduction and more rapid market adoption. Some of the advantages of switching to magnetic bearings, include:

How A Magnetic Bearing Controller Works