Calnetix Technologies’ e-turbo systems or electric turbocharger enable the turbocharger to perform independently of the engine exhaust conditions. This means the compressor performance is decoupled from the exhaust turbine performance, and can therefore provide the necessary air/fuel ratio for optimum engine performance under all load, speed, start/stop and ramp up conditions. 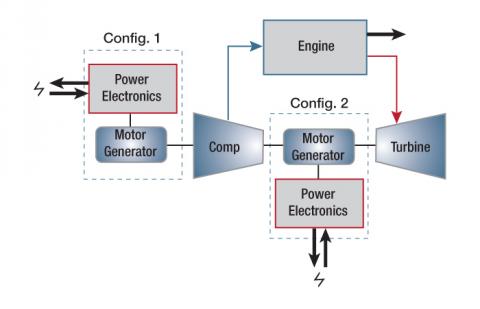 An electric supercharger also known as e-charger or e-booster consists of a high-speed electric motor driving a compressor to provide compressed air to the engine’s combustion chamber, creating a steady boost especially during startup and low-speed engine operation. The high-speed motor can be directly coupled to the compressor, but is more often integrated on the same common shaft. Comparing to other motor technologies, Magnaforce™ motor technology with permanent magnet excitation has lower rotor inertia and stator winding inductance, resulting in superior transient response. The motor’s response is instantaneous and it can be turned on and off as needed. Calnetix has vast experience in optimizing Magnaforce™ motor design for supercharger applications to enhance system integration and overall operating efficiency. 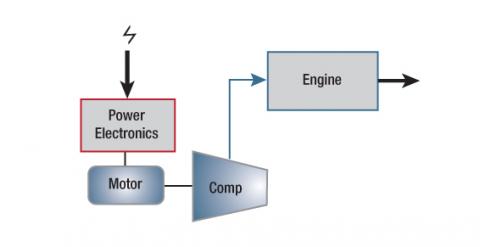 A turbocompounder is a standalone turbine and generator system that utilizes the waste energy exhaust either from the engine directly or in most cases downstream of the engine’s turbocharger to produce electric power. The additional electric power produced is approximately 7 to 8 percent of the engine capacity. Turbo-compounding helps improve overall engine fuel efficiency, while providing an attractive return on investment (ROI). Calnetix’s highly efficient, high-speed direct drive generator technology is well suited for turbo-compounding applications. 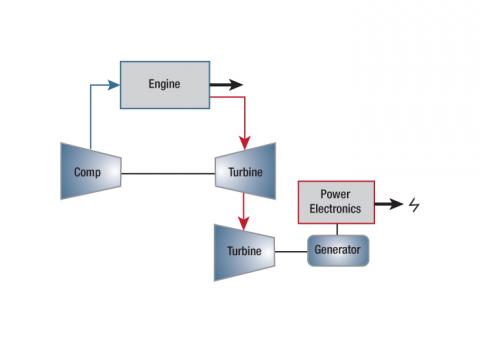